No Megaphone: Earn Media By Joining Conversations Instead

When working on an exciting business development, it’s natural to want to grab a megaphone and yell, “Hey, look at us!” But there is a better way to earn media.

The first time I was given the PR controls for an organization, I stunk at it. And I mean dumpster funk stinky. 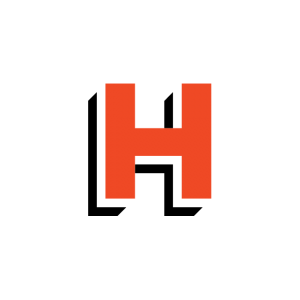 Not because I couldn’t write or put a decent press release together. Instead, it was because I thoroughly misunderstood how to position the organization I worked for, and how to approach the art of landing earned media.

Let me now defend myself from myself.

My wrongheaded approach to earning media was rooted in a god’s honest excitement for what our organization was doing. I was a true believer in our mission and felt that more people needed to know what we were up to and learn how they could be involved.

So I tried to scale the nearest mountain with a megaphone and shout, “Look at us!”

But no one — at least the media, anyway — seemed all that interested. I remember being perplexed and wondering why such a great story wasn’t getting any coverage.

Looking back, it’s obvious that I failed for two main reasons.

First of all, I was spamming every media member in my area with press releases, thinking they’d be so compelled by what I’d written that they’d be chomping at the bit to cover our story. (I have an entire blog post about why that’s a bad press release strategy.)

Secondly, I hadn’t done my homework to evaluate which reporters might actually be the ones who’d take an interest in what our organization was doing, and then try to fit our efforts into their respective work.

The better way to earn media: Join a conversation

One time, when giving a “PR for Startups” presentation, I was telling the group to “find pre-existing narratives, and fit your work into them.” Someone chimed in, “yeah, it’s easier to join a conversation than start a new one.” In addition to nailing the concept on the head, they expressed my point way better than I did.

As a wise woman once said, “ain’t nobody got time for that.”

Instead, identify topics that the media is already discussing, and see if you can work your pitch into those conversations. That’s the better earned media strategy since you’ll be:

Imagine going to a dinner party, walking in on a discussion two people are having about their recent vacations, and saying something like “How about that new tax law, huh?”

You’d get blank stares, and rightfully so.

Alternately, if those two people were talking about the high cost of private school education, you could more easily interject with something about how the updated 529 tuition plans in the new tax law are a favorable development.

Media is very similar in this regard.

Though it’s typically well-intentioned, resist the urge to simply shout to the masses. Be more thoughtful and deliberate. See what narratives are already getting play, and then appropriately attempt to join those conversations. You’ll likely enjoy many more successes.